We went on a 9-day Egypt tour starting in Cairo, seeing the Pyramids, Sphinx, and going inside the pyramids! Then we travelled down to Aswan, High Aswan Dam, Edfu, Kom Ombo, Karnak, Temple of Hatshepsut, Luxor, Abu Simbel, Valley of the Kings, Red Sea (Hurghada). This tour from Timeless Tours was truly epic, from the tour guide (Sem Sem) to the tour group. We went scuba diving in the Red Sea, and for me it was better than the Great Barrier Reef, and we took a hot air balloon over Luxor/Nile/Valley of the Kings. 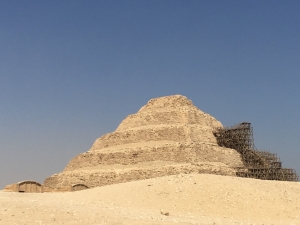 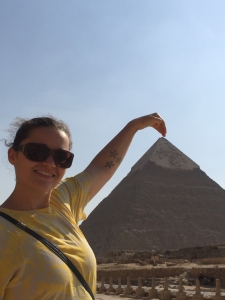 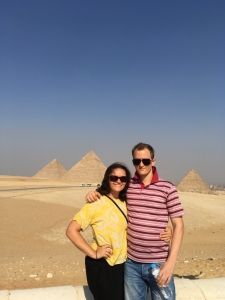 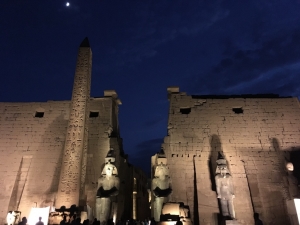 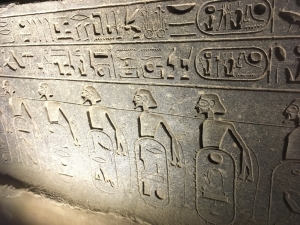 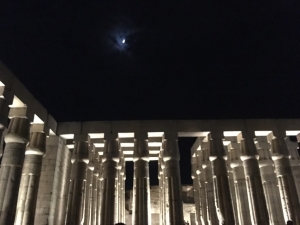 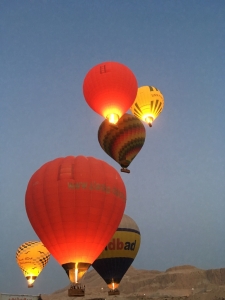 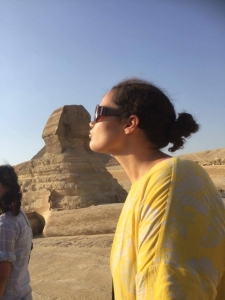 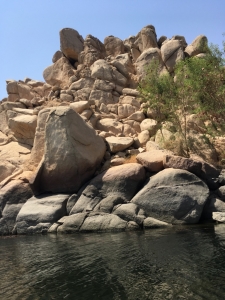 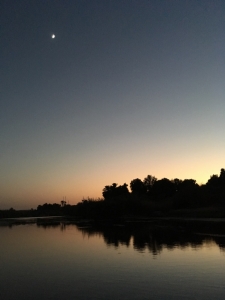 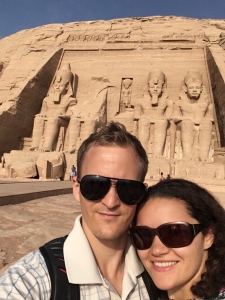 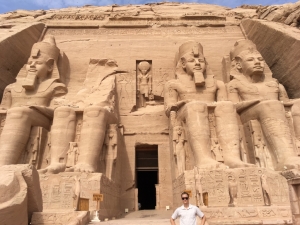 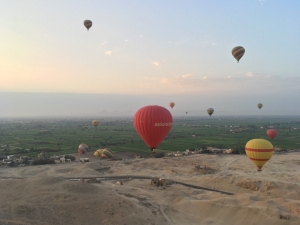 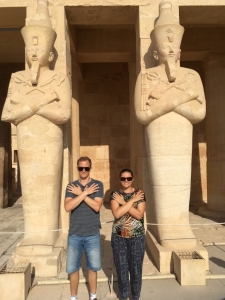 At one of the temples you have to take a horse ride, as they have the monopoly on transportation. I was fully prepared to run the 2.5km to the temple and not to take the horse ride.  However, my tour guide managed to convince a taxi to pick us up (not sure how much money the taxi driver had to be paid) because he was worried the streets were not safe with all the traffic to run. We also did not take a camel ride, although our entire tour group did not take one. This could be because we had just witness a young boy whip a horse constantly because it had fallen down (probably from tiredness).

I enjoyed having a tour, it made going around Egypt easier and more convenient, there were tourist police everywhere (to make Egypt safer) and they were constantly checking the vehicle and driver documents-so this was easier with someone who is native to Egypt.

For breakfast in the hotels we ate beans, salad (tomatoes, carrots etc), fruit and Egyptian bread. This was similar for lunch and dinner. Occasionally for lunch we had the option of hummus, grilled vegetables, tahini sauce, falafel. 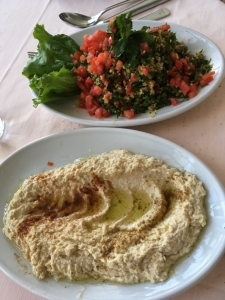 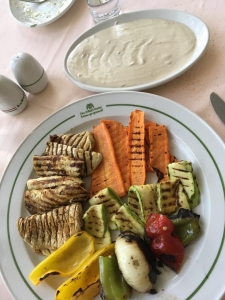 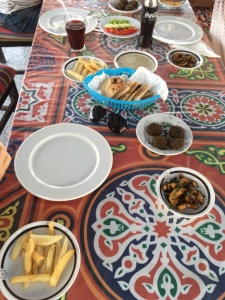 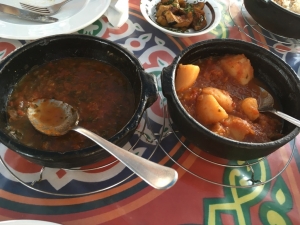 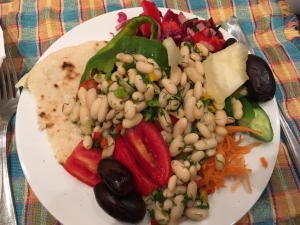 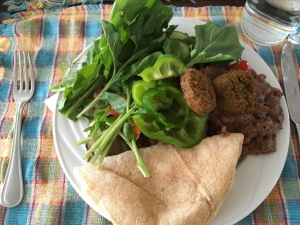 One of the dinners was at a Nubian house and we tried a potato stew, vegetable stew (amazing), and bread that was fermented by the sun. 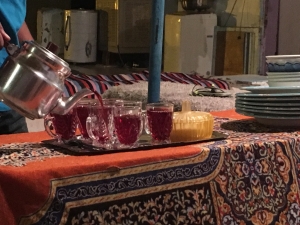 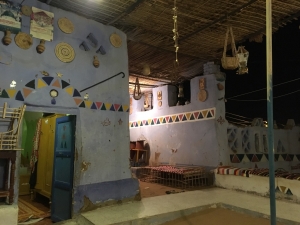 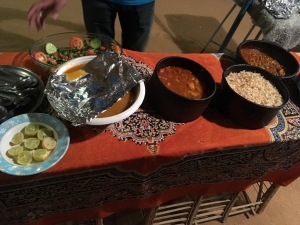 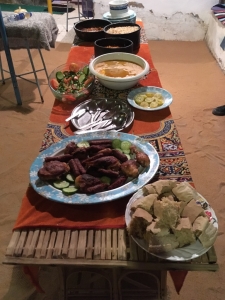 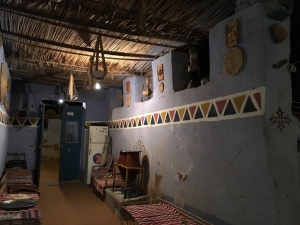 On the cruise ship we had a buffet and would eat platefuls of fruit, salad and beans. Basically I was playing chicken (pun included) with my stomach on how much I could eat. We also got vegan croissants for our early morning breakfast boxes.

We found out that the Coptic Christians (Egyptian Christians) become vegan for a third of the year, and so if you say you are a fasted christian then they understand what you can and cannot eat, and end up with amazing vegan croissants! 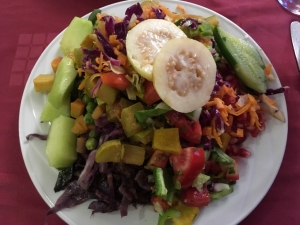 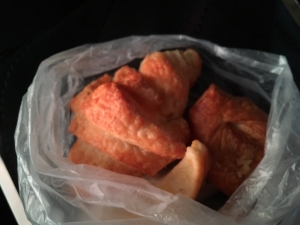 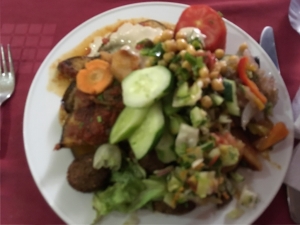 In Cairo we tried a falafel place called “Felfela”, they had cheap falafel and beans in bread, and falafel made with nuts-all amazing and cheap. 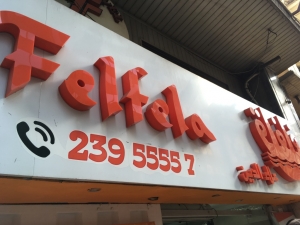 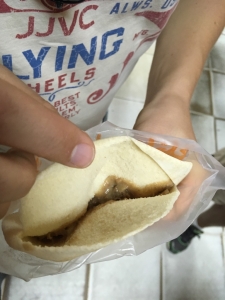